Cutlery is a collective term for the various metal tools used to cut, scoop and serve food. The word "cutlery" is derived from the Latin "bestia", meaning "beasts", as it was originally used to cut and eat meat during feasts.

The history of cutlery dates back to ancient times when people used tools to cut and eat food. In ancient times, tools were made from materials such as wood, ivory, and bone, and they were used to cut and serve food.

In the Middle Ages, cutlery was made of metal, such as silver, gold and copper. It was especially popular among the wealthier classes, who used it for dining at banquets and other important occasions.

During the Renaissance, cutlery became increasingly important, and it was used by people from all walks of life. It was made of metal, such as silver, gold and copper, and sometimes other materials such as porcelain and wood.

In the 18th and 19th centuries, cutlery became more and more popular, and it was made of different types of metal, such as stainless steel, brass and copper. It was used for both formal and informal occasions, and it was often used for dining at banquets and other important occasions.

Today cutlery is made from a wide variety of materials, such as stainless steel, brass, copper, porcelain and wood. It is used for both formal and informal occasions, and it is available in a wide variety of styles and designs.

1974: The birth of EME cutlery.
The Mori family has been rooted since time immemorial in Lumezzane, a country with deep historical roots in metalworking and in particular in the production of cutlery. In 1974, Egidio Mori, with his brothers already working in the sector as subcontractors of stainless steel cutlery products and components, started his company with the pragmatic spirit typical of Brescia entrepreneurship.

From that ancient and hard traditional production, Egidio Mori's highly innovative entrepreneurial adventure blossomed in the early 1980s with the presentation of articles designed by himself. A few years later, the production of cutlery with handles in colored resin began, arousing strong interest from customers and the market, which allowed the company to position itself at the top of world markets in a short time.

48 years of experience, expertise, technology and innovation, exported worldwide.
Since 2006, the second generation of the Mori family has successfully continued the process of growth and research from the point of view of product, distribution, marketing and corporate image. Quality, service, flexibility are the strengths that have enabled EME over the years

EME contributes every day to strengthening the image of "Made in Italy" products. The cutlery reflects the culture of the Italians who every day teach the true essence and meaning of the Italian lifestyle around the world through design, fashion and food. 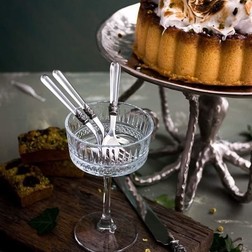 Cutlery as a wedding gift or for the wedding party

Giving cutlery as a wedding gift is a great choice because it is functional and aesthetic. It is immediately a nice memory of the special day. Whether it is a complete set or specific cutlery for the wedding, cutlery is something that appreciates the...

Read: Cutlery as a wedding gift or for the wedding party
14 Jan 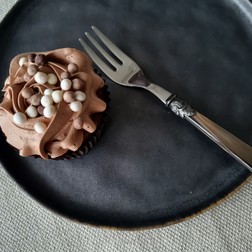 Colored pie forks are a nice and festive addition to your table arrangement. At EME-Napoleon.com you can find a wide range of colored forks and other cutlery of high quality. So, if you are looking for colored cake forks, then EME-Napoleon.com is th... 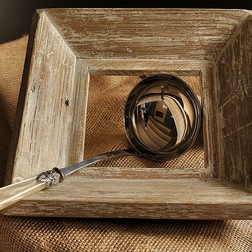 A ladle is a versatile and practical kitchen accessory. The EME Napoleon ladle is made of stainless steel, which means it is durable and resistant to rust and stains, and it is easy to clean. In this blog you can read why a ladle can be a good additi... 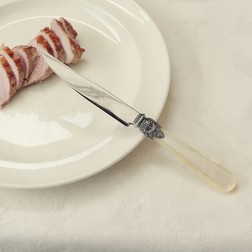 If you are looking for a high -quality knife, then the EME brand is a good choice. There is a knife for every occasion. The knives from the 'Napoleon' series are not only beautiful to watch, but they are also incredibly functional. They are made of h... 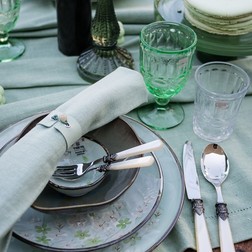 Cutlery from EME Napoleon - What can you expect?

Cutlery from the Napoleon series of the EME brand can be ordered online at EME-Napoleon.com. What can you expect from this webshop? Are you looking for cutlery for everyday use or only for special occasions? Classic or modern? Then read on.

Read: Cutlery from EME Napoleon - What can you expect?
23 Nov 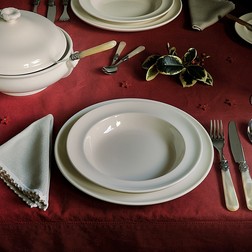 It's almost time: Christmas. This means time for each other. And of course, this also means time to cook and dine extensively. For some, the preparation of Christmas dinner creates the necessary tension and stress: what am I putting on the table this... 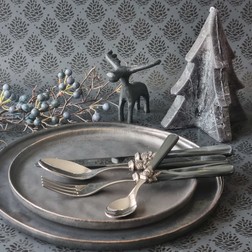 Gift ideas for the holidays. Chopsticks, Tapas knives, Spoons and much more!

Are you still looking for a nice, affordable but above all original gift for the holidays? For yourself or for someone else? We have listed the best gifts for you. Be there in time because it will be busy again with the delivery services. So make sur... 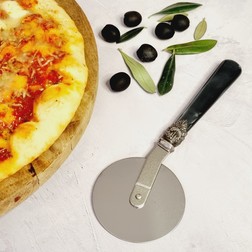 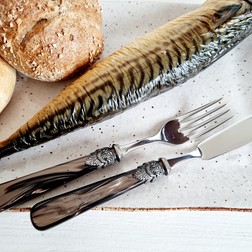 Temporarily strongly discounted: fish cutlery set (fish fork and fish knife) in the colors pink, light blue or brown. Do you sometimes eat fish but maybe you don't think buying fish cutlery is necessary? Then this is your chance to get cheap fish cut...

or copy this link